The Big Leap Back Into My Body 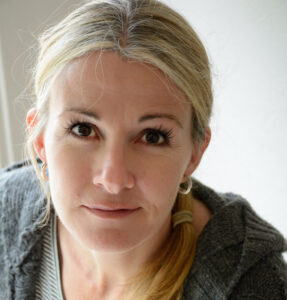 , dark evening late last November, I found myself dancing around my bedroom, waving my arms, Britney Spears-ing my spine, hooting and wheeing as the camera rolled. Yup. Camera was ON—and there were three other people right there watching me.

Granted, they also were whirling around inside their spaces, jiggling and gyrating and singing and bumping. One even waved her dog’s paws at the camera as they danced.

We were celebrating—kicking out the jams after having graduated from our year-long intensive training. We were joining the ranks as Big Leap Coaches.

And after this year of learning alongside Katie Hendricks, Gay and the Hendricks faculty, our cohort had become accustomed to moving our bodies as part of our work in processing feelings. As body-centered transformation coaches, this is our magic wand: helping people attune to the information relays in their bodies that typically go unnoticed—or worse, get stuffed down or blocked.

Naturally, I’ve got to be able to lead by example. But let me tell you. Ten months earlier, there’s no way you’d have caught me dancing around on Zoom in front of three of my peers (including one midwestern-twanging buck who’s so cute I’ve had a cross-border crush on him since I first wished him into a breakout room with me back in February).

Moving our bodies is a funny thing in our society—especially when we’re with other people. It’s like singing: we all know how to do it…but we almost never do it.

As young children, we move, chatter, sing, dance, talk to ourselves, jump around and play with absolutely no thought about how we appear to others. The ego hasn’t made its appearance yet, and won’t until later in childhood. We don’t care who sees us. And if people don’t like what they see, we don’t much care about that, either.

All that changes as people move into adulthood. I, for one, became self-conscious. I worried obsessively about what other people thought of me. I still struggle with the conviction that other people’s opinions matter. And I moved less and less freely. As we mature, our physical actions diminish in number and range until we retain only a slim repertoire—typically only those movements that garner us positive attention:

You can make big arm movements, but you’d better be telling a dramatic story.

Go ahead and clap to show appreciation—but only so loud and so long.

You can nod and shake your head. But don’t nod too much, otherwise you’ll be seen as a pushover.

For chrissakes don’t talk to yourself.

Unlearning the static ways of exogenous world is a long process. But more and more these days, the message is seeping into our social milieu that movement is key for healing. Katie as a dance therapist and Gay as a master breathworker have known this for decades—and at long last, their conviction about the body being at the root of trauma and therefore the point of entry for healing is going mainstream.

Unlearning my shyness, my self-consciousness, my don’t-do-anything-weird-ness will be a process that unfolds over the coming months and years. It’s amazing to realize how far back into this restrictive cave I’d moved over the years: I was an absolutely ecstatic child, always running and laughing, singing and climbing trees. (Even as a teenager I was loud and funny, dramatic and provocative, having swapped trees for fences.)

But that’s how powerfully exogenous world squelches our light.

Time to stand up, stretch big, and fling off that heavy weight of don’t. This cosmic light of mine? I’m gonna let it shine—and I hope you let yours shine, too.