Tips for a Longer Life from the World’s Oldest People 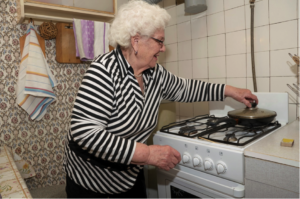 Medical science has come a long way in the past few centuries. We now live longer, healthier lives (although diseases like AIDS and cancer remain without comprehensive cures and the likes of heart disease still affects high numbers of people across the UK and wider world) but we haven’t yet cracked the secret to living forever.

Some people are nearly getting it right, though. The oldest people in the world can live at least until the age of 122 (which is the longest recorded human lifespan). When somebody becomes the oldest person in their town, country or, if they’re lucky, the entire world, reporters are usually sent to interview them, and there’s always one question that they are asked: how have you managed to live for so long?

These people often give answers that aren’t taken particularly seriously – for instance, Jessie Gallan, a 109-year-old Scotswoman, attributed her long life, in part at least, to staying away from men because they’re more trouble than they’re worth. Bernard LaPallo of Arizona gave the credit for his 111 years to a daily foot massage using olive oil, while 115-year-old Alabama native Susannah Mushatt Jones cited her belief in God.

Sometimes, however, the answers offered can be very insightful, chiming with theories we already have about what sort of lifestyle is good for us. Certainly, as far as heart disease is concerned, we know that a balanced diet and regular exercise will help prevent it, as will not smoking – are these theories reflected in the advice given by the world’s oldest people?

EXERCISE REGULARLY
Although it’s not quite the rate that a younger person would be able to reach, 108-year-old Duranord Veillard from New York states that he gets up at 5am every day and does between five and seven push-ups. Similarly, the aforementioned Jessie Gallan noted that she still got plenty of exercise prior to her death in March 2015.

The NHS’s recommended exercise guidelines for adults between the ages of 19 and 64 specify at least 150 minutes of moderate aerobic activity or at least 75 minutes of intense aerobic activity with strength exercises two days or more per week. Duranord Veillard’s example, however, shows the effect that even a little bit of daily exercise can have on your life.

MAINTAIN A BALANCED DIET
Diet is also a major factor when it comes to maintaining a healthy lifestyle. Alexander Imich of New York City, the world’s oldest man until his death in 2014, said he didn’t drink alcohol at all, while Jeanne Calment, the holder of the world’s longest recorded lifespan, enjoyed the occasional glass of port and an olive oil-rich diet. 115-year-old Italian Emma Morano cites eating three raw eggs a day as a long-life tip, but given the amount of bacteria present in uncooked eggs that can cause diseases like salmonella, this technique may not be for everyone.

Although abstaining from alcohol can be beneficial in terms of maintaining good health, studies have also shown that drinking beer or red wine in moderation can improve heart health – they both contain antioxidants that protect the lining of blood vessels and help to reduce levels of bad cholesterol. Similarly, residents of Mediterranean countries traditionally have stronger records of heart health, and it is thought that this is due to the high amount of olive oil in their diets which prevents blood clotting and blocking arteries, so Calment’s attribution makes sense.

DON’T SMOKE
This is common sense and, though it isn’t specifically cited by many of the world’s oldest people, Marie-Louise Meilleur lived in Corbeil, Ontario and was 117 years old when she died in 1998 – she likely extended her life by some years when she stopped smoking at 90 years old.

Smoking increases the general strain on the cardiovascular system, furring the arteries and lungs and making it harder for blood to get around the body. This subsequently increases the risk of the smoker suffering a stroke or heart attack.