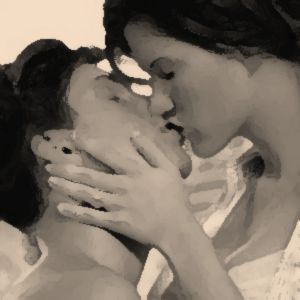 “In our sample of early adolescents, girls’ friendship networks shrink significantly after they have sex, whereas boys’ friendship networks expand significantly,” said Derek A. Kreager, the lead author of the study and an associate professor of sociology and criminology at Pennsylvania State University. “But what really surprised us was that ‘making out’ showed a pattern consistent with a strong reverse sexual double standard, such that girls who ‘make out’ without having sex see significant increases in friendships, and boys who engage in the same behavior see significant decreases in friendships.”

The study relies on data from the PROmoting School-community-university Partnerships to Enhance Resilience (PROSPER) longitudinal study, which tracked two cohorts of youth from 28 rural communities in Iowa and Pennsylvania from 2003 to 2007 when they were in sixth to ninth grade and 11 to 16-years-old. Students were surveyed in five waves: in the Fall of sixth grade and in the Spring of sixth, seventh, eighth, and ninth grades. Kreager’s study focuses on 921 students in the second PROSPER cohort who completed in-home surveys that included measures of sexual behavior.

READ THE FULL ARTICLE
By American Sociological Association at EurekAlert!