Hosted by Lamara Heartwell with Jon Eisman.
Broadcast on February 16, 2016

One of the innate resources of the Self is our ability to move. The movements we make both pursue and indicate our intentions. By examining carefully, the subtlest of our physical impulses, we open a doorway not only into what we want and what we are doing but into the most intimate embrace of our true Self. In this session, we’ll explore:
• A fascinating map of the nature of Self
• Tools for studying our orientations in space and our most primal movements through mindful self-study
• A framework for understanding how our impulses reveal and shape our relationship to ourselves and others 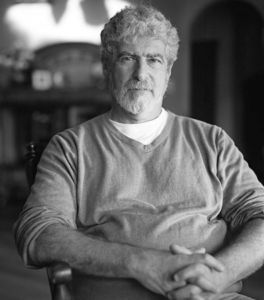 Jon Eisman is a founding member of the Hakomi Institute, Director of The Hakomi Institute of Oregon, Co-Director of the Hakomi Institute of California, and a Sr. Hakomi Trainer. He is also the founder of Mindful Experiential Therapy Approaches (M.E.T.A.), which is both a unified model of psychotherapy and a training center and clinic in Portland, OR. In addition, Jon is also the creator of The Re-Creation of the Self (R-CS) model, a pioneering tool for working with neurologically-held states of self, innate wholeness and psychological parts in therapy, group work, performance, and spiritual practice. For the past 35 years, Jon has taught throughout North America, Europe, Asia and Down Under. He is the author of numerous articles, a Hakomi Institute training manual and The Re-Creation of the Self As An Approach to Psychotherapy.

Link to copy of the transcript:
Body Intelligence Summit 2016-JonEisman-Transcript