Lower Your Consciousness
Broadcast on February 16, 2016

Our culture is so habituated to living in the head that we have come to understand “embodiment” as something that happens when you sit in the head and notice the body, or “listen” to it. In this interview, Philip will be describing another experience — what it means to drop your center of awareness into the body and inhabit its connected, relational intelligence.

In this session, we’ll explore:
The nature of human intelligence, and the role the body plays in that
How our culture separates us from the body’s intelligence
The significance of the brain in the belly 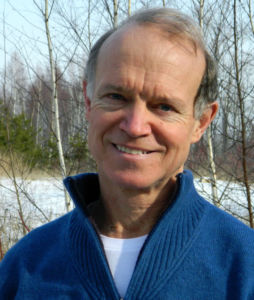 Creator of The Embodied Present Process

Philip Shepherd is recognized as an international authority on embodiment. He is the creator of The Embodied Present Process (TEPP), a unique method for moving into wholeness that gently discloses and heals divisions we carry within us. TEPP integrates the hypervigilance of the cranial brain with the deeper intelligence of the body – especially with the second brain in the belly. Philip’s work is based on the vision articulated in his celebrated book, New Self, New World: Recovering our Senses in the Twenty-first Century. His personal path to understanding has been shaped by his adventures as a teenager, when he cycled alone through Europe, the Middle East, India and Japan; by his deep commitment to and studies of bodywork; by his experiences as an actor, playing lead roles on stages in London, New York, Chicago and Toronto; and by the burning desire for freedom that has illuminated his entire life. He currently divides his time between training TEPP teachers, conducting workshops, and writing his second book, Radical Wholeness.