Authenticity in Action (with an Appreciation cherry on top) 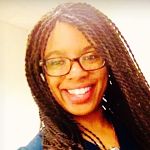 Last week, a vice president was co-facilitating a meeting and set the context by sharing a deeply personal experience related to the subject matter. His authenticity set a tone of openness for the entire meeting. Afterward, I shared my appreciation with him for his authentic communication and the impact his expression had on the group, creating space for everyone to show up authentically. I told him that I’d learned a lot from watching him facilitate that way. He told me he’d learned that from me. Three years ago in a training, people were sharing stories that were edited and packaged and I’d stood up and asked, “Where’s the heart?” He said that had made an impact on him.

My eyes teared up as I had the felt experience of how being an invitation to authenticity and connection had helped to generate more of the same. I learned that you never know who is watching and who will take you up on your invitation, in their own way, in their own time.