The Science of Responsibility 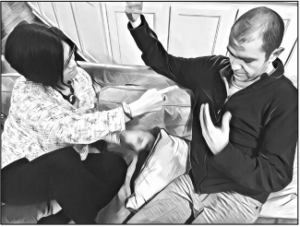 Do you feel overwhelmed by all that is going on around you? Are the demands of your boss, family, financial obligation, or politics impacting your emotional wellbeing? When feeling overwhelmed, most people look for something or someone to blame. When things feel outside of our control, we look for a scapegoat in a natural desire to identify the “source” of our challenge. Yet, by doing so, we can fall into an unconscious victim position that perpetuates the feelings of overwhelm and drama. Blame is fueled by the addiction to criticism, and we are frequently unconscious about blaming ourselves, life circumstances, or those around us for why we aren’t getting what we really want.

It is not easy to cognitively restructure the brain and shift away from the default position of blame. Yet if you want to stop feeling overwhelmed as a victim of circumstance, you need to step back and ask yourself, how am I creating these experiences that I am having? You might be tempted to think, “I didn’t create these experiences, they just happened to me.” And this response in itself is a clue to some hidden attitude or belief. Choosing to take 100% responsibility can open a whole new perspective. Are you willing to accept that you create everything that occurs in your experience and face any unconscious commitments holding you back from what you want?

For example, I experienced a career burnout at age 37 and ended up in the ICU with a heart condition. For most of my life I was unconsciously committed to struggle and work hard (non-stop) instead of operating from a state of ease and flow. It was common for me to blame myself, the executive team and co-workers for not prioritizing, caring enough, doing enough, or implementing solutions fast enough to minimize our company’s large environmental impact. My mind had a top priority to sustain cleaner air, water, and soil for our survival as a human race. After all, I was the director of sustainability, and I felt a huge “responsibility” (not responding, rather feeling burdened) to fix it.

So how did I create an experience of a career burn out? I was placing high demands on myself and others, and my hyper active, vigilant eye was always focused on all that was/is wrong in the world. I thought I was somehow responsible for far more than I really was. Truly, saving the environment is a responsibility no one person can take on as a solo project. It is now clear that I was basing my self worth on solving a problem much bigger than me. Deep down, what I really wanted was to be recognized and appreciated. Yet, I kept the issue going by not letting appreciations land, deflecting them and listing off all the things I could have done better.

The notion that I was creating my own stress was an uncomfortable realization. I slowly started unraveling my limiting beliefs and seeing the pattern throughout my life–I had often taken responsibility for big, life changing events that had felt way out of my control. I’ve also realized how prevalent this issue is in our culture and why blame was inherent to how I grew up.

Committing to blame-free relationships with yourself and others is the fastest way to avoid becoming one of the above statistics.

To begin with, let’s create an addendum to the definition of responsibility. The common definition is most often associated with obligation (burden), accountability, or punishment (blame). Imagine instead if we were to look at this issue as the ability to respond (response-ability). Responding to that which I actually have control over is far more empowering than being at the effect of that which I have no control over.

Taking response-ability is about taking charge of your own experience, which means you are response-able. With this perspective shift there is no reason to blame others or be a victim to circumstance. 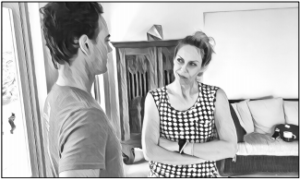 You can eliminate a lot of exhaustion and overwhelm by shifting the pattern of reacting to things which are not in your control. Another way to look at this concept is through a Hendricks technique called sorting the files. In simple terms, you have two files, one that is “your file” (what you can actually influence or control) and another that is “not your file” (things over which you have little or no control). The best way to determine whether an issue is in your file or not is to ask, do you have control over that? Can you effect it in a measurable way right now? If not, it is not in your file and therefore should be left alone.

For example, you say something like “I honestly don’t feel like going to that party with you and your friends tonight,” and they respond, “Wow, that hurts my feelings.”Are you responsible for someone else’s feelings, and do their feelings belong in your file? No. You do not have control over how people respond, react, or feel. Yet somewhere along the line, most of us are taught that we do. This simple misunderstanding creates a lot of relationship grief and resentment, as it causes many people to step out of integrity by overriding their own authentic choices. If we end up responding to others in ways we think will please, fix or placate them, in the end we just create more drama. In this example, by expressing yourself authentically, and saying “I don’t feel like going” you were being 100% responsible. Most importantly, you acted in alignment with yourself from the felt experience of what you really want.

We have the capacity to shift and create much healthier experiences than we often generate. Once you chose to be more conscious about how you show up in the world and own your experiences as the creator that you are, the world around you will look and respond differently.

When you find yourself upset and wanting to blame someone for an issue, try this Blame Eliminator challenge. Partner with someone that you consider an ally or stand in front of a mirror. This practice can help you get quicker at shifting away from blame and recommitting to taking control of your own experience.

Learn how to shift away from a fear-based, reaction of blame to a place of 100% response-ability and curiosity by exploring these great body-based techniques called Fear Melters®

Yancy Wright, is a visionary leader with an ability to take individuals and teams into realms they never thought were possible. He created https://www.alternavida.com to inspire transformation and growth for individuals, groups, and companies looking to deepen their integrity with themselves, each other, and nature.

This article was inspired by the amazing work of Katie and Gay Hendricks https://hendricks.com

3 Dachis, Adam. What Lying Actually Does To Your Brain And Body Every Day https://www.lifehacker.com.au/2012/12/what-lying-actually-does-to-your-brain-and- body-every-day/