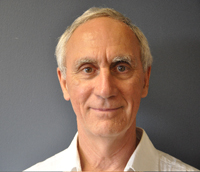 I wanted to share something that is a wonderful reminder about how our essence makes a positive difference in the world, no matter what we judge our level of consciousness to be. Back in 1991, I was a mess of unconscious patterns, soon to crash into the big awakening of having my marriage end. At the same time, I was, at my essence, a powerful catalyst for getting stuck things moving.

This is the story:

I got an email this Spring 2017, about a medal of honour awarded to the founders of The White Ribbon campaign in Canada. I was very excited to learn about this public appreciation for this innovative movement to have men take full responsibility for ending violence against women. The White Ribbon campaign has been replicated around the world, especially in the Netherlands and Australia. The man who got the medal wrote an article on how the campaign got launched and after I read it, I was reminded of the role I played in that. According to him, after their initial excitement about the campaign, forward momentum had stalled. He then brought the idea to a conference a group of us had organized in Ottawa. Within that context, men from Ottawa, London, Kingston, Montreal and Toronto responded enthusiastically and the campaign was launched. A treasured memory for me is that I named the campaign. One of the founders recalls suggesting some long, descriptive, unworkable names for the campaign and then listened, when I suggested that if the symbol was going to be a white ribbon, let’s call it the White Ribbon Campaign.

I see so many benefits to this positive campaign being in the world. And I choose to own my contribution towards making it happen.