Accountability: A Necessary Step Before Unity 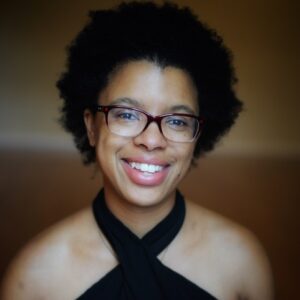 Two weeks ago, a mob of Trump supporters stormed the Capitol building to interrupt the certification of the 2020 election. They harmed and in some cases caused the death of Capitol police officers, they vandalized and stole property, and verbalized a desire to harm lawmakers that they did not agree with.

Hours later, members of the political party this mob is associated with made calls for unity, skipping over the step of acknowledging and contending with the gravity of the situation.

What feels clear to me is that there is no unity without accountability. Authentic unity cannot happen without taking responsibility. Calls for unity are trying to skip over a key part of healing from the trauma of this insurrection, which is to face into what happened on January 6th and acknowledge it. That leads to accountability. That is taking 100 percent responsibility and it is necessary if this country is to choose to move forward rather than just pushing a festering wound underground.

As I thought about what accountability might look like, I remembered the Accountability Scale, created by Katie and Gay Hendricks. It’s a tool that I use in moments where I need to investigate how well I am demonstrating healthy accountability or whether it’s time to make a shift.

The Accountability Scale is easily applied to determine if you’re in high or low accountability. Once you know where you are, you can make a shift toward a higher level of accountability by committing to learning (rather than telling yourself that you’re right). That shift also can come from approaching a situation with curiosity and wonder rather than defensiveness.

The magic of accountability is that it can help those who use it to get unstuck, choose how to move forward, and cultivate genuine unity. At first, we need to acknowledge if we are open to seeing things differently and to understanding our current level of responsibility. Once we see where we are, it creates an opening for a path forward. 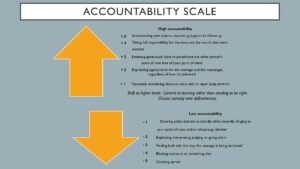 – 3 Finding fault with the way the message is being delivered

– 4 Blaming someone or something else

If we find ourselves in one of the states above, we can choose to shift. We create a shift by bringing in curiosity, not defensiveness, and by being willing to learn, rather than be entrenched in our POV. Here’s what high accountability might look like (with +5 being the highest level of accountability):

+ 1 Genuinely wondering about an issue with an open body posture

+ 2 Expressing appreciation for the message and the messenger, regardless of how it’s delivered

I recognize that for most of the people that were there, this article would not apply because they stand by their actions. The people wearing Nazi sweatshirts, for example, are likely not reading this article and likely feel no remorse for their actions.

But I have to believe there are people who, after the fact, recognize that their involvement was not their best thinking. And for those folks, perhaps some of these ideas are a way for you to move forward. Maybe by moving up the accountability scale you can repair relationships and do your part to contribute to true unity.

This tool can help all of us over the next weeks and years as we try to actually hear one another and find common ground where possible.

I think this tool can be helpful as we do the work of choosing how we want to move forward, together.

Nicole Taylor (ajoyfulpause.com) is dedicated to supporting individuals in their personal transformation. Using a blend of meditation, yoga, Conscious Living tools, and Ayurvedic principles, Nicole facilitates transformative offerings on self-care. Nicole is a 500-hour certified yoga teacher, and a graduate of the Hendricks Institute’s Big Leap Coach program and Leadership and Transformation program.