‘She’ Is Not Welcome on Campus 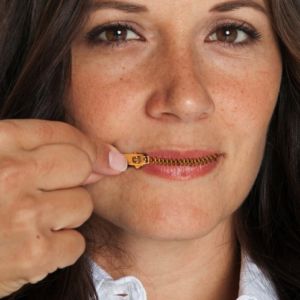 The University of Tennessee at Knoxville drew widespread derision last week for publishing a pronoun usage guide that asked students and professors to add the gender-neutral descriptors ze/zir/zirs and xe/xem/xyrs to their vocabularies. Conservatives accused the university of encouraging political correctness run amok, and the left accused the right of callous, lazy disregard for the feelings of transgender students.

In truth, both accusations contain at least a kernel of wisdom. But whether or not students take kindly to new pronouns, it’s important to remind universities that they have no right to compel members of their campus communities to use sensitive language, even though college administrators across the country are constantly trying to do just that.

The guide, which appeared on the UT website on August 26, was authored by Donna Braquet, director of the campus’s Pride Center. “We should not assume someone’s gender by their appearance, nor by what is listed on a roster or in student information systems,” warned Braquet. “Transgender people and people who do not identity within the gender binary may use a different name than their legal name and pronouns of their gender identity, rather than the pronouns of the sex they were assigned at birth.”

Braquet went on to instruct professors to ask students how they wish to be identified on the first day of class. Her post included a graphic that listed gender-neutral pronouns ze/zir/zirs and xe/xem/xyrs alongside the traditional pronouns he/him/his and she/her/hers.

READ THE FULL ARTICLE
By Robbie Soave at The Daily Beast