The Benefits Of Positive News Ripple Far Beyond The First Smile 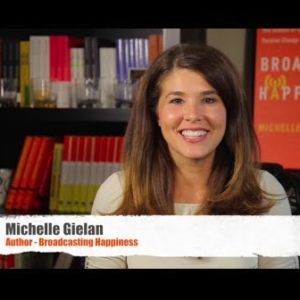 For years, Michelle Gielan was a journalist at CBS News, dutifully telling the public about everything from natural disasters and the financial recession to shootings and soldiers’ funerals. But over time, the drumbeat of negative news got to her.

“I basically got tired of telling negative news stories,” Gielan explained to The Huffington Post. “I wanted to see if there was a way to tell news stories, negative or positive, in a more effective way that would not only engage the public, but it would also create a long-term, quantifiable, sustainable positive change.”

So Gielan enrolled as a master’s student at the University of Pennsylvania under professor Martin Seligman, a proponent of “positive psychology” — a branch of the field that focuses on mental and emotional well-being rather than disorder. What she found in the academic literature resonated with her own experience: Absorbing negative messages over time can lead people to what is known as “learned helplessness.”

“It’s the belief that our behavior doesn’t matter in the face of challenges,” Gielan said. “News organizations are constantly broadcasting messages to the American public that this world is extremely dangerous; that no matter what we do, our behavior does not matter; and that forward progress doesn’t really happen that often.”

READ THE FULL ARTICLE
By Gabriel Arana at Huffington Post