The Relationship Is Dead. Here’s What’s Taking Its Place 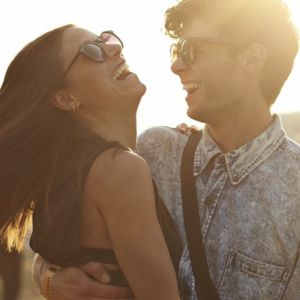 “Our relationship was one constant text,” Kimberly, 27, told Mic. “He’d text me first thing in the morning, message me during the workday and then text me at night.”

Kimberly helped Glen* pick out new clothes. She was the first person he called when he passed an exam, and she advised him on what to get his sister for her birthday. On weekends, Kimberly, Glen and their friends would go out drinking and they would always manage to find themselves in a corner of the bar together. She was doing everything a girlfriend would, with one caveat: She didn’t have the girlfriend “title.”

It (whatever it was) lasted seven months.

Welcome to noncommitment culture. “Boyfriends” and “girlfriends” have been switched up for “this guy I’m hanging out with,” “this girl I’m seeing,” or merely “this person I have a thing with.” Deep philosophical conversations happen in emoji, meeting the parents is off the table and asking questions like “Hey, what are we doing here?” is strictly verboten. People carry on monthslong or even yearslong relationships for which no terms can be applied.

Despite the recent slew of panicked trend pieces about the dangers of hookup culture, millennials aren’t riding on a carousel of one-night stands and borrowed toothbrushes — they’re avoiding getting on the carousel altogether. It’s not that we’re not interested in dating, and it’s not that we’re only interested in hooking up. We care — we’re just not committing.

READ THE FULL ARTICLE
By Kate Hakala at Connections.Mic