Lawns are a Soul-Crushing Timesuck 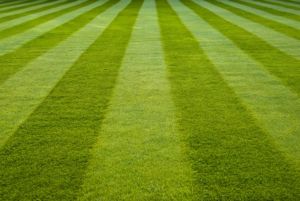 A recent essay by an Ohio woman who refuses to mow her lawn has struck a nerve. Thirteen hundred people have weighed in with a comment on Sarah Baker’s tale of flouting a neighborhood mowing ordinance in the face of a $1,000 fine.

As Baker notes in her essay, lawns are a big part of contemporary American life. There are somewhere around 40 million acres of lawn in the lower 48, according to a 2005 NASA estimate derived from satellite imaging. “Turf grasses, occupying 1.9% of the surface of the continental United States, would be the single largest irrigated crop in the country,” that study concludes. Conservatively, American lawns take up three times as much space as irrigated corn. The authors mapped the entirety of the nation’s turf grass, below. You’ll notice that it’s basically a population density map of the U.S. — where there are people, there are lawns.

READ THE FULL ARTICLE
By Christopher Ingraham at The Washington Post