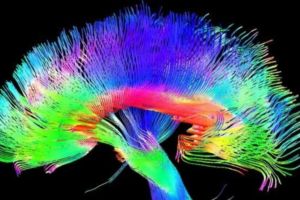 We might now have neurological proof that artists actually are different creatures from everyone else on the planet. According to a study published in NeuroImage, researchers believe that artists have brains that are structurally different from non-artists. It appears that there’s now justifiable support for the idiom “she’s just wired differently, idk.”

The study, titled “Drawing On The Right Side Of The Brain: A Voxel-Based Morphometry Analysis Of Observational Drawing,” included 44 graduate and post-grad art students and non-art students who were asked to complete various drawing tasks. The completed tasks were measured and scored, and that data was compared to “regional grey and white matter volume in the cortical and subcortical structures” of the brain using a scanning method called voxel-based morphometry. An increase in grey matter density on the left anterior cerebellum and the right medial frontal gyrus were observed in relation to drawing skills.

READ THE FULL ARTICLE
By Zach Sokol at The Creators Project